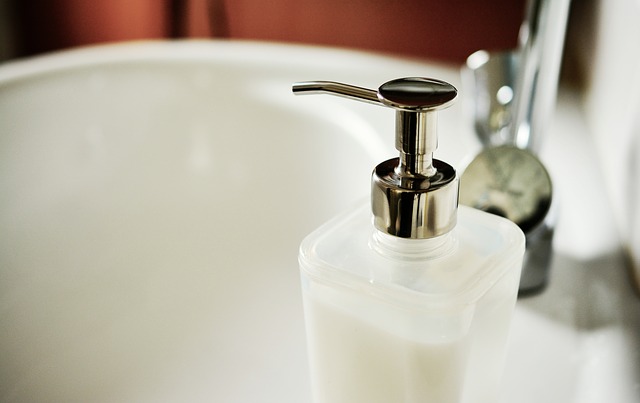 Anti-Anti-Bacterial. I guess that means I’m sort of PRO bacteria, which sounds bad, but really, trust me it’s not. Bacteria happens to be good for us, aside from the few nasty ones out there that can make us sick, or worse, kill us. Our bodies are absolutely teeming with bacteria… mostly good, and we would not exist without them. Bacteria are responsible for the proper functioning of so many of our internal going-ons. Did you know that the average human has between 2-4 lbs of bacteria in their bodies at any given time, mostly around their gut? Did you also know that some scientists estimate that there are more bacterial cells in your gastrointestinal tract than there are in the entire rest of your body?? Gross.

Or not. The majority (about 85%) of these bacteria are beneficial, helping us break down our foods. Even the 15% of pathogenic, or harmful bacteria floating around in our system is rendered fairly harmless in the presence of all those good guys. Sadly for our guts, and us, the Standard American Diet (SAD. Coincidence? Methinks not.) can flip this ratio, creating a gut system that is not capable of defending itself against the nasty bacteria banging around in there.

But there are lots of things we can do to help our bodies out, and make sure our good bacteria army is adequately staffed at all times. Fortifying our diets with food containing probiotics, or good bacteria, can help ensure that the pathogenic enemies never reach critical mass. Fermented foods like sauerkraut, kefir, whole plain yogurt, miso, tempeh and kombucha are all revered for their healthy bacteria headcount, and should be included in some form in everyone’s diet. Traditional cultures all over the world inherently know this and almost all have some form of cultured, or fermented foods in their diets. SADly, (yuk yuk) I’m having a difficult time thinking of a single “American” food that’s fermented. Sauerkraut, kefir, miso, tempeh and even yogurt all came from other parts of the world and were brought to the US.

Our relationship with bacteria tends to be overly negative, relegating most of it to the “ew, gross” category (I know I just called it gross a few paragraphs ago, but really, that statement was deserving of at least one ‘gross’). We’re overloaded with weapons of mass destruction when it comes to bacteria and heartily employ the use of antibiotics with too much regularity. Derived from the Greek anti, “against” and bios, “life”, antibiotics are used to kill or inhibit the growth of bacteria. But antibiotics are dumb, and cannot distinguish between healthy and pathogenic bacteria, and will gladly wipe them both out in one pass.

The consistent dosing of livestock animals with antibiotics to keep them alive long enough to make it to slaughter has been indicted as one of the main causes of our growing levels of antibiotic resistance. Every year drug makers have to reformulate antibiotic drugs to keep up with the mutating strains and our resistance to the ones that remain unchanged.

We’ve become a fully germ-phobic culture. Not always without reason though, as nasty pathogenic bacteria like salmonella and ecoli keep showing up in headlines for sickening people across the country. These particular types of bacteria are by-products of the filthy disgusting process of manufacturing foods in this great nation of ours, and since we’re less likely to change our ways, we just keep dosing up.

While we wage war on internal bacteria, we’re equally obsessed with external bacteria. Think “cleanliness is next to godliness”. We market tons of products to consumers that are impregnated with all kinds of anti-bacterial stuff, thus perpetuating the idea that all bacteria are bad. It’s in our hand soaps, dish soaps, laundry detergents, kitchen and bathroom cleaners, deodorants, band-aids, fabrics, cutting boards, computer keyboards and even toothpaste! It’s hard to escape it. The most commonly used anti-bacterial, or anti-microbial is called Triclosan, which appears in all of the products I just listed, and many many others. Tricolsan has primarily antibacterial qualities, but has also been shown to be antifungal and antiviral as well.

Not surprisingly, Triclosan is not as great as we’re made to believe. Its widespread use has been linked to a variety of health and environmental effects, from skin irritation, allergy susceptibility, bacterial and antibiotic resistance to destruction of fragile aquatic ecosystems. AND it turns out that it’s NO MORE EFFECTIVE at killing germs that regular old-fashioned soap. Huh. And get this: When exposed to chlorine (often present in tap water to, you guessed it, kill bacteria), even very low levels of chlorine, the Triclosan in hand soaps combine to form chloroform, a potent toxin, and all around bad guy. Plain old soap and water works just as well as these nasty chemicals with none of the toxic side effects.

Our germ-phobia and subsequent battle against all of germ-kind has done nothing but pull the proverbial rug out from underneath us, leaving us lying in a pile of crazy antibiotic resistant bad guys just itching to take us down. We need to lighten up. I’m not saying we should be sneezing in each other’s faces or anything, but need to chill out a little when it comes to being clean freaks. Studies have shown that children growing up in a more sterile home environment are more prone to illness and allergies than those growing up in a regular home because their immune systems have not been given the chance to learn how to defend themselves, or to identify the enemies.

If you’re still harboring fantasies of super duper cleanliness, try a more natural option like cinnamon oil, or jeez, a bar of soap?