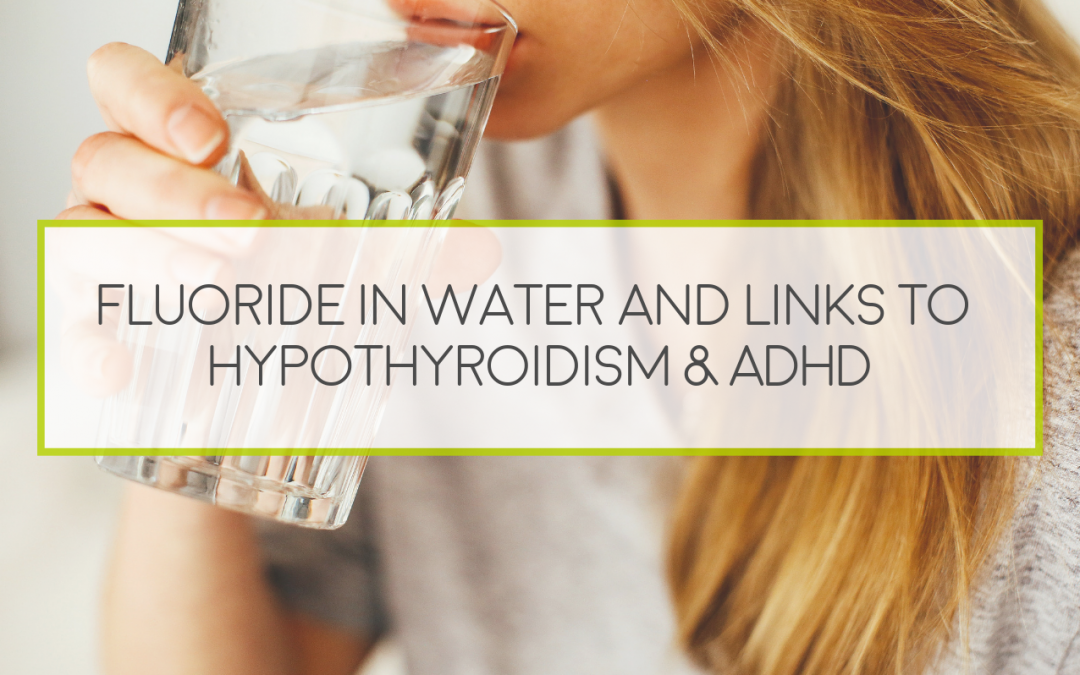 There’s Fluoride In Our Drinking Water, And We Should Be Concerned.

One of the most hotly debated additives in the public water supply is fluoride. This chemical had been added to water supplies since the 1950’s under the guise of reducing cavities.  Currently, 66.3% of the US population is drinking fluoridated water. That’s over 211 million people.

Fluoride enters our drinking water either through the erosion of natural deposits in the earth, or through the addition of chemicals in our water treatment facilities. While you might think that the fluoride in your water is the same as what’s in your toothpaste, it’s not.

According to the Centers for Disease Control & Prevention, “All of the fluoride chemicals used in the U.S. for water fluoridation, sodium fluoride, sodium fluorosilicate, and fluorosilicic acid, are byproducts of the phosphate fertilizer industry.”

These flurosilicates have the unique ability to pull lead from your pipes into your drinking water, compounding your risk of toxicant exposures. As you know, lead in drinking water is a huge problem in it’s own right!

The CDC hails water fluoridation as one the of the “top 10 public health achievements of the 20th century”. However, data from the World Health Organization shows that’s there’s no discernible difference in tooth decay rates between countries that fluoridate and those that don’t.

Check out this graphic from the Fluoride Action Network, using WHO data showing that tooth decay rates have dropped around the world, regardless of whether populations are fluoridating their water or not: 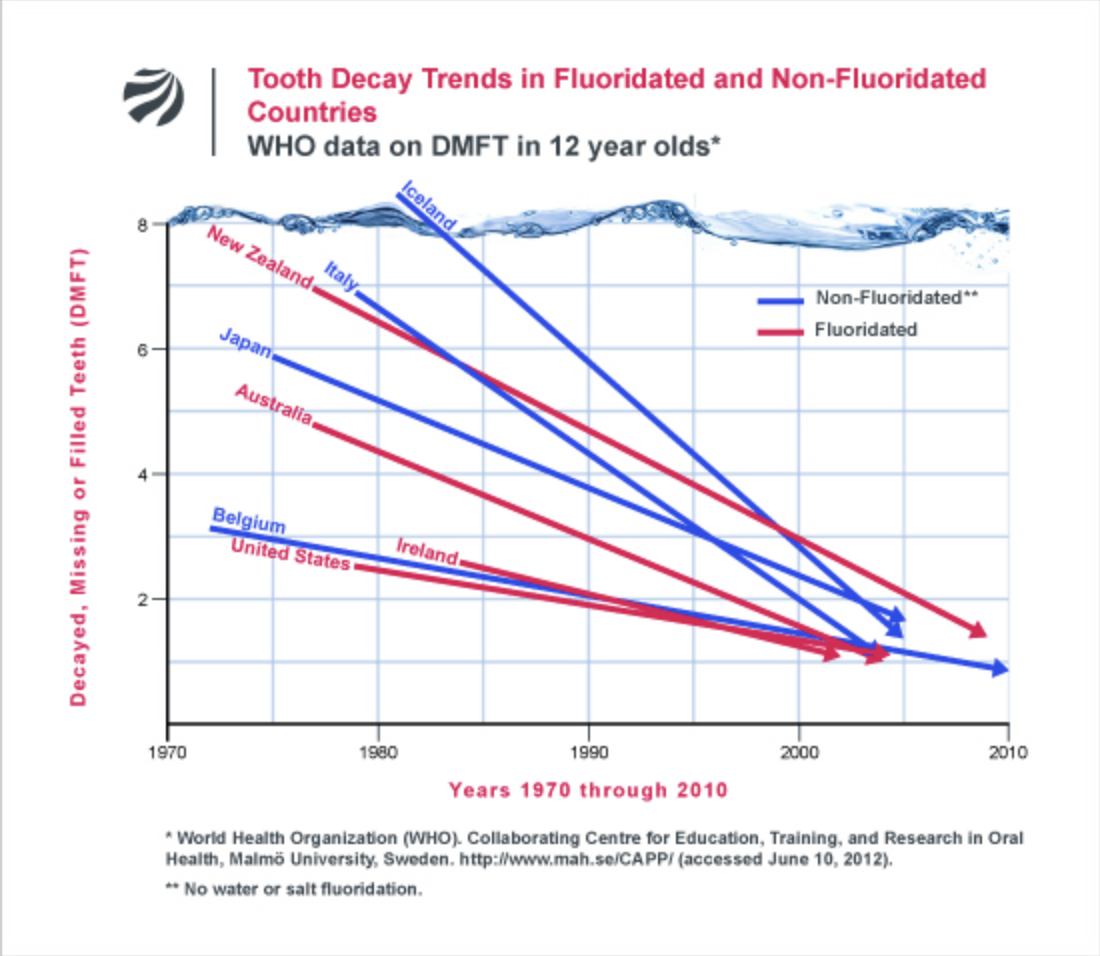 While there is plenty of evidence that topical application of fluoride can indeed help prevent cavities, the ingestion of fluoride does not. Even the CDC, who states that water fluoridation is a huge health achievement admits that “fluoride’s predominant effect is posteruptive and topical” [1]

Fluoride ingestion has been linked to:

Three new studies have just been published that explore the potential health effects of fluoride consumption.

The first study on found that people in Canada who are iodine deficient and who drink fluoridated water are at a greater risk of developing hypothyroidism. Study authors concluded that “Adults living in Canada who have moderate-to-severe iodine deficiencies and higher levels of urinary fluoride may be at an increased risk for underactive thyroid gland activity.”

Until the middle of the last century, fluoride was prescribed as a thyroid suppressant for people with hyperthyroidism or over-active thyroid.  Doses as low as  0.9-4.2 mg were effective at suppressing thyroid function. For those of us in areas were our drinking water is fluoridated, or we have naturally occurring fluoride, we can consume between 1.6 and 6.6 mg of fluoride per day.

According to the American Thyroid Association, more than 12 percent of the U.S. population will develop a thyroid condition during their lifetime, and up to 60 percent of those with thyroid disease are unaware of their condition. Widespread consumption of thyroid-suppressing fluoride in drinking water may be a significant factor here.

My friend Trudy Scott has a brilliant blog post talking about how supplementing with GABA can protect against hypothyroidism caused by fluoride!

The second study found that mothers with higher fluoride exposure during pregnancy were more likely to have children with symptoms of ADHD.

In this study, they looked at 213 Mexican mother-children pairs from the Early Life Exposures to Environmental Toxicants (ELEMENT) birth cohort study. They measured material urine samples during pregnancy against child assessments of ADHD-like behaviors at age 6–12.

Fluoride Is In Us

The third study found that water fluoridation is a major source of exposure to fluoride (duh). Their review of over 1,500 pregnant women in Canada found urine levels of fluoride to be almost 2x higher in women living in communities that fluoridate, vs those that don’t.

This isn’t unexpected, but it does clearly show us that the fluoride we drink is entering our bodies!

You Must Remove Fluoride From Your Water!

It’s critical that you find out if your community fluoridates the water, OR if there is naturally occurring fluoride in the water and filter it.

To learn how to do this, and to remove other contaminants from your water, check out my PURE course. This self-paced course will teach you everything you need to know about water contamination and water filtration, so you can find the best filter for your home.

Everyone’s water is different, and no one filter removes everything. For example, activated carbon, the most common type of water filter, will not remove or reduce fluoride levels at all!

Are you actively talking to clients about the quality of their water and steps on how to properly filter? Let me know in the comments!

PURE: An E-Course On Finding The Best Filter,
For The Purest Water