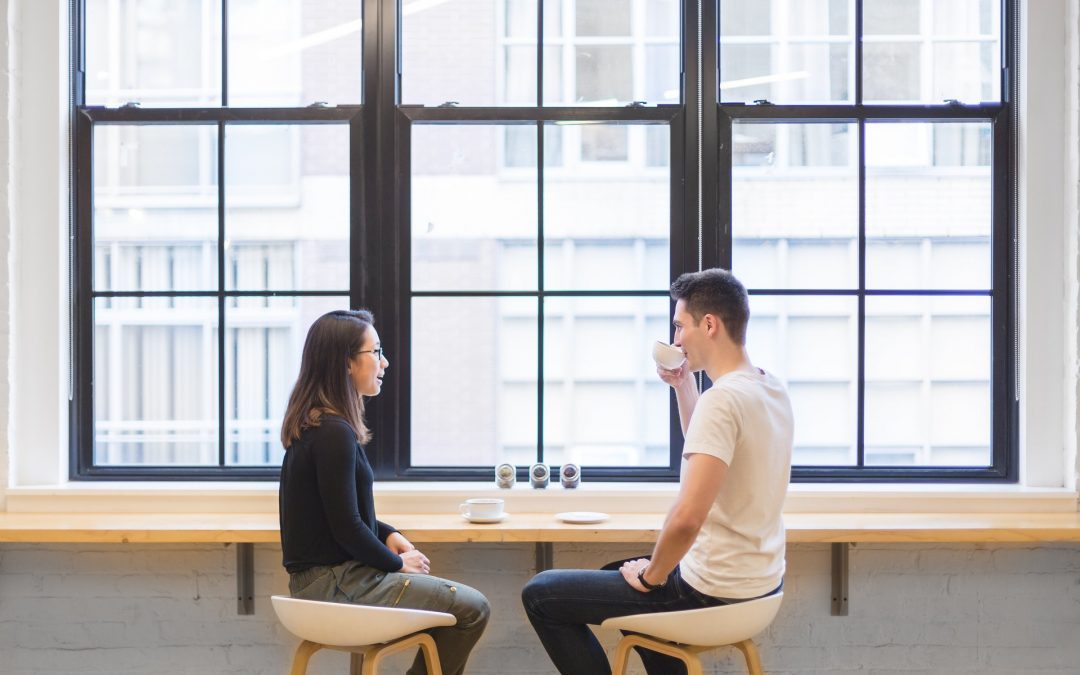 Shape-shifting lizard people are taking over the planet and controlling our media.

There are a lot of people who legitimately believe that’s a true statement. And when you start talking about toxins, they might think you’re one of them.

Before you started learning about harmful chemicals found in everyday products, did you used to think people who were talking about toxins were crazy?

Talking About Toxins the Wrong Way

The main reason that people associate topics like dangerous, unregulated chemicals in consumer products and how they can “kill us” with pure hype and sensationalism, is that there are people out there who approach this topic in just that way:

Over the top sensationalism. Lots of hype. LOTS of fear-mongering. Plenty of “out to get you” and “they’re trying to kill us” language.

And the result is that it turns a lot of people off. It definitely turns me off.

And for good reason!

One of the things I’ve noticed is that when people start learning about endocrine disrupting chemicals or reproductive toxins hiding in plain sight, then get really riled up and eager to tell everyone.

I both LOVE this, and caution people to pause, take a deep breath, and be thoughtful about HOW to go about talking about toxins.

Because as much as I wish it weren’t true, the WAY we talk about the issues around harmful chemicals can literally make or break not only whether or not people hear you, but your credibility too.

How Are You Talking About Toxins?

If you’re a professional in the health space, credibility is essential to your success. If you’re not a professional, but you want to be taken seriously by those in your family or community, that credibility is equally essential. A while back, for a reason that I don’t think is totally clear yet, Google blacklisted the NaturalNews website run by Mike Adams, aka the “Health Ranger.”

Blacklisting essentially means that his website no longer comes up in any Google searches even though he’s got extremely high traffic and normally a high Google Ranking.

While I’m not a fan of censorship of any kind, Adams’ overly sensational, conspiracy-theory tone, and his alignment with the website InfoWars and the radio show host Alex Jones strips any sympathy I could possibly have for his situation.

His approach to the issues he writes about and his association with InfoWars and Alex Jones (for example, Jones believes that Lady Gaga’s Super Bowl halftime show was cover for a satanic rite, that the Sandy Hook shootings were all fake) automatically strips the credibility of everything he says, even if he’s not totally wrong sometimes.

And he’s NOT totally wrong! In fact, the Natural News site publishes content on similar topics that I post about; contaminated seafood, contaminated water, chemicals in consumer products…

It’s clear that he’s reading many of the same studies about chemicals and disease that I am. But, his extremely sensational, click-bait, “they’re out to kill us all” rhetoric makes me shake my head in sorrow.

It is infuriating and heartbreaking for those of us who are talking about toxins from a sound, logical, research-based perspective…

There’s an expression that goes “a rising tide lifts all boats.” Natural News and sites that have these totally over-the-top approaches to the conversation pulls the plug in the ocean, and drains all integrity out of it. And we all get lowered because of it.

Is that a little harsh?

Maybe, but whether we like it or not, how we share our passion is directly tied to whether people take us seriously.

And you didn’t step into this conversation to be accused of wearing a tinfoil hat, did you?

You stepped into learning about environmental health so you could HELP and be of service to others. And, so you could safeguard yourself and your family from the chemicals that can cause us harm.

Talking About Toxins in a Sane Way

Here are a few tips around sharing information about environmental toxins in a way that doesn’t damage your credibility:

If you’re sharing information about a study, either find an article from a well respected news outlet (I realize that in the current political climate there’s a lot of debate about who’s “real” and who’s “fake), like the Washington Post or the Wall Street Journal, rather than from a health blog, or track down the actual study itself on PubMed.com and share that. Seek to read from sources that cite their sources, and READ those citations. Don’t take someone else’s word for it (even mine!).

Making blanket statements “Chemical X will give you cancer” isn’t doing you any favors. This can be impossible to prove, so making that statement opens you up to criticism. While you’re at it, avoid overly emotional, sensational language. You don’t want to be perceived as a raving lunatic!

3. Be Willing to See Both Sides

At the end of the day we just want to reach people in a way that sparks curiosity, and encourages them to look deeper and take action.

Chemicals showing up in our drinking water isn’t some grand conspiracy for mind control. They’re there because of failing infrastructure, poor decisions, and financial greed.

I realize this topic can be a button pusher. This message might ruffle a feather or two depending on what YOU believe to be true, or where you stand in the current political climate. But, I believe that HOW we communicate is as important as WHAT we’re communicating about.

My aim is to not only help you understand what the issues are, but to hone your skills in talking about toxins in a powerful and engaging way. I’m not perfect. I don’t claim to be perfect. But, I do strive to approach environmental health issues from a sound, level-headed, practical, and realistic way.