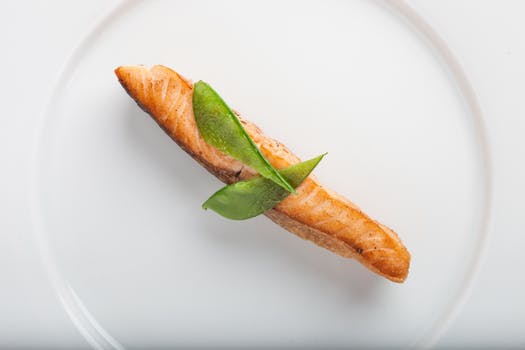 As health coaches you know what the word organic means… you gravitate towards it, you seek it out. When reading a menu or shopping at the grocery store, it’s one of the words that just jumps out at you (along with raw, gluten-free, dairy-free, fermented, etc!). You’re health conscious, you’re a label reader, and you teach your clients to be label readers (and menu readers) too.

What and how much we know about food is what sets us apart from other people – our hunger for information about all things healthy and healing is what drove us towards being health coaches. But would you be able to spot an erroneous use of the word organic in the image above? Most people wouldn’t – health coach or otherwise.

Last weekend I went out to dinner with a friend and fellow health coach to a restaurant on the Upper West Side of Manhattan. It’s new, modern and is focused on clean, natural foods. Their meats are pasture raised, and antibiotic free, and their grains and vegetables are certified organic. Their philosophy is “to serve healthy, carefully sourced and delicious food.”

In perusing the menu, the words “ROASTED ORGANIC SALMON” jumped out at me. Huh? I know vegetables, fruits, grains, and even meats can be organically raised, and certified organic by the USDA, but fish? Not so much.

The waitress didn’t seem to understand when I asked her to clarify what the menu meant by “organic salmon” – she uttered the words “healthier” and “Whole Foods”, but was a little lost beyond that. The manager came out and nervously explained that they source organic salmon from a boutique seafood purveyor based out of NY who sells them Organic Scottish Salmon, and he even brought out the purchase order to show me that’s what they were buying.

By all appearances, yeah, they were buying and serving organic salmon. Story over, right? Nope, not so fast.

Here’s the deal: In the United States, the USDA’s National Organic Standards Board (NOSB) is the agency that regulates the USDA Organic Seal and develops the standards for what’s permitted in organic practices (they don’t however regulate the use of the word organic – just the seal itself). Back in 2000 when these standards were developed, they took into consideration agriculture (food crops) and land animals (cows, chickens, pigs, etc), but they didn’t set any standards for aquaculture (fish).

Fast forward a few years later, we see farmed salmon and other species establishing itself around the world as a consistent source of seafood that among other things markets itself as a “sustainable” seafood that takes the pressure of overfishing off the ocean stocks.

The NOSB determined that it would be impossible to categorize wild-caught seafood as organic, as there is no way to enact any sort of standards – wild species will migrate through rivers and oceans, and there’s no control over what kinds of pollutants, if any, they will be swimming through, and there’s no way to control what these wild fish are eating. It is the establishment of standards that allows for the uniformity of production that can earn an “organic” label. No ability to set standards = no possible way to define as organic.

“Organic” wild-caught seafood is an impossibility and doesn’t exist.

A closed system, like a farm, is the only way to have standards in place to follow. Around 2004/2005 an attempt was made to establish a set of guidelines for farmed organic aquaculture, that mirrored many of the practices that are used for land animals, like cows and chickens. There were too many loopholes and too many upset people who forced the NOSB back to the drawing board, where they still sit. At the moment, there is NO USDA CERTIFICATION for farmed organic seafood. It does’t exist (but they’re working on it!).

It does however exist in other countries, and this is how it possible for you to see the words “organic salmon” on a menu and it’s technically accurate, although with major, major caveats. In the UK, mainly Scotland and Ireland, where seafood farming has been practiced for a while now, more and more farms are attempting to convert to organic standards, set by European regulatory agencies. Canada released it’s own set of standards for “organic seafood” earlier this year – both the Canadian and European standards have come under heavy attack from environmentalists and supporters of the organic foods movement, and with good reason.

So what’s wrong with farmed seafood?

Farmed seafood is notorious for being a major pollutant to aquatic environments and to the bodies of the fish themselves. Studies have shown that farmed salmon (although other species have this problem as well) have much higher levels of PCB’s and dioxins than wild-caught fish and that the crowded conditions in which they are raised necessitates the use of antibiotics and pesticides to prevent disease from spreading and infestations of things like sea lice. They also have a much higher fat content that their wild caught counterparts, which from an Omega-3 standpoint might sound good, actually isn’t, as this fat can often serve as a reservoir for fat soluble toxins.
The waste that these penned up fish produce is an environmentalists nightmare, and the conditions are anything but ethical or healthy. This isn’t very different from the factory farming model of cattle or chicken, which we all work to stay away from, and encourage our clients to stay away from. Shouldn’t “factory farming” of seafood be the same? (hint: yes.)

But if these farmers are operating “organically” isn’t that better? Possibly, but likely not very much. Many of these so called organic farmed fish operations do use much lower stocking densities (how many fish per pen) than conventional operations, likely reducing (but not eliminating) the need for antibiotics and pesticides, and they’re able to control the quality of the feed the fish are getting – these are good things, but I don’t think they’re good enough, and they certainly, in my opinion, don’t live up to what most of us have come to understand about organic. These international organic standards also seem to allow a certain amount of pesticide and/or antibiotic use at certain stages of the fish’s life – something that continues to irritate those looking for strict organic standards.
In looking at a menu that reads “organic salmon”, I know what they’re trying to tell me, what they’re trying to express, but for me, this raises more eyebrows than had the menu just said “salmon”. To me, Organic Farmed Seafood is an oxymoron. Farmed seafood is full of pollutants, is devastating to the environment, and produces weak, pale, and tasteless fish (did you know that farmed salmon are fed a synthetic, petroleum based compound called astaxanthin to give their flesh a bright pink color? If you see “color added” on a label, this is what they are referring to. gross.) I consider Organic Farmed Seafood an affront to those who really stand by the purity of the organic movement, and all the it entails.

So what did I tell the manager of this restaurant?

I was polite and reminded him that people eat at his restaurant likely because they’re looking for a healthier option, and that for most people, the word ‘organic’ is loaded with associations and expectations, and that using it to refer to a piece of fish that is farm raised (and by default, very likely full of pollutants and toxins) is a little misleading. Since most people don’t understand the nuances of organic labeling, especially as it refers to seafood, it’s better to be clear and just call it out for what it is: Farm Raised. Thankfully he was receptive and appreciative (at least to my face!) for my explaining to him something he didn’t know about, and told me that he’s pass on the information to the owner.

Will they change the menu? Doubtful, but I certainly hope they will. As more and more people become savvy shoppers and eaters, and learn to question what’s really behind a label, or certification, the better off we’ll be.

What choice will you make next time you see “Organic Salmon” on a menu??