Something Fishy Going On – Farmed or Wild Caught? Can You Tell The Difference? 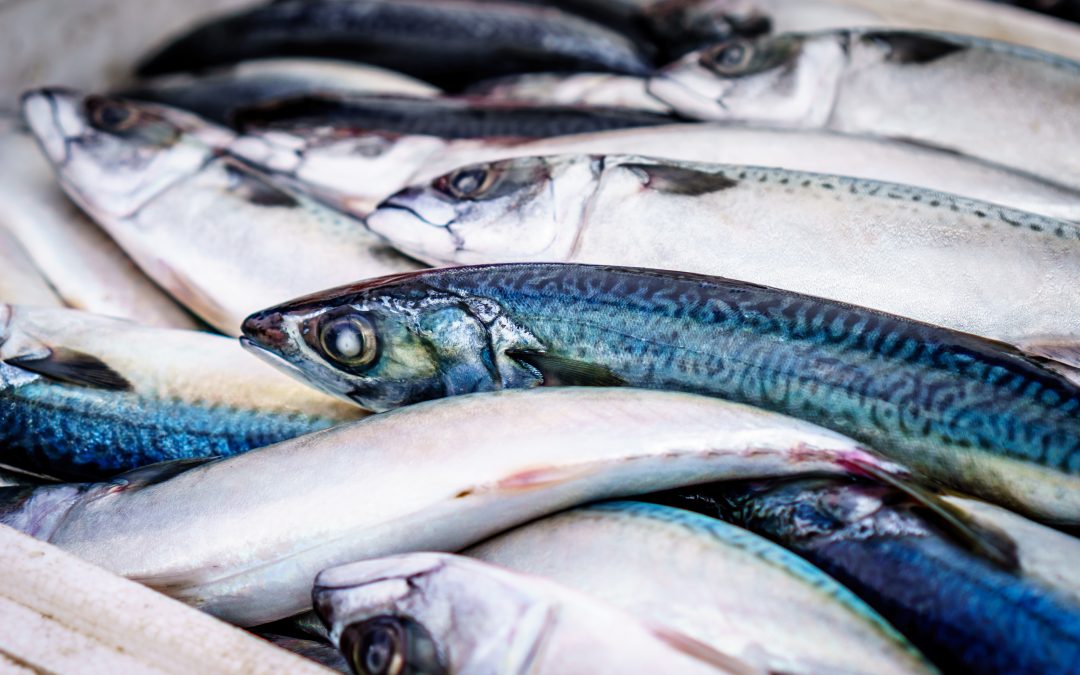 We all know that seafood is super healthy right? Loaded with beneficial essential Omega -3 fatty acids, a lean source of protein and a much healthier alternative to factory farmed meats and poultry. Its one of the darlings of the healthy eating world, along with blueberries, spinach, walnuts, and hemp seeds.

But when it comes to seafood, it’s those Omega-3’s that we’re after – critical for good brain and heart function, and able to keep things like inflammation and heart attacks at bay. Omega-3’s in the diet have been shown to ward off dementia and Alzheimer’s, improve skin conditions, and reduce the risks of ADHD, diabetes, strokes, and arthritis, and lots of other crazy good stuff.

The most bioavailable forms of Omega-3’s (EPA & DHA) are found in fish, particularly oily fish, while the less bioavailable form (ALA) is found in things like flax seeds and chia seeds. It’s suggested that to really reap the benefits of those super powerful EPA & DHA essential fatty acids, we need to eat 2-3 servings of seafood each week. But along with all that heart healthy stuff, seafood also often comes with a hefty dose of contaminants like PCB’s, dioxins, mercury, and in some cases, pesticides and antibiotics. Not so healthy there, huh?

These toxins bioaccumulate in the bodies of fish (and other animals, including us) – this means they build up over time. Most of these toxins don’t really break down and they stick around inside us for a very very long time. Specifically, they sit in fatty tissues and they stay there. Some fish have higher levels of these toxins depending on where they are on the food chain (bigger fish like tuna have higher levels than smaller fish like mackerel).

While most fish have some measurable levels of broader environmental toxins like the pcb’s, dioxins, and mercury, farmed fish have much higher levels of pesticides and antibiotics than their wild caught counterparts. How come? Well for one, because of the stocking density of fish in farmed operations, disease and pest infestations are rampant and to combat that, large quantities of antibiotics and pesticides are used. And those chemicals end up in fishy bodies (and when we eat them, in ours). And two, farmed salmon are fatter because they are fed an unnatural diet intended to fatten them up, and bring them to market weight faster than they would in the wild.

Right now, at least for salmon, the third most popular seafood in the US behind shrimp and tuna, the distinction between farm raised and wild caught is hugely important because 90% of the salmon we eat in this country is farmed! That means that unless you’re super picky about the species of salmon you’re eating and how it was caught, you’re likely eating farmed salmon every time you eat out. Yucky.

Relying on product labels, both in grocery stores and in restaurants seems like the easiest thing to do, but a recent study by Oceana showed that 55% of seafood purchased in LA was mislabeled! Clearly we can’t rely on labels all the time.

So what do we do? We use our EYES! (at least when it comes to salmon).

Farmed salmon is usually pretty easy to spot – it’s paler in color, and has clearly visible fat lines throughout the flesh. If you see salmon like this and it’s labeled “wild caught” it’s more than likely mislabeled! Skip it!

Wild caught salmon has that traditional “salmon” color, deep and rich, with very little, if any, visible fat. This is the good stuff.

It’s important for us to take measures, big and small, to reduce the amount of toxins we expose ourselves too. Some choices are harder than others – most toxins don’t have a clearly visible flag like the fat in farmed salmon does. Many toxins sneak into our bodies through the air we breathe – from our dry cleaning, from perfume and air fresheners, or through our skin when we shower, use lotion, and make up.

When making the choice between heart healthy seafood, opt for one that doesn’t also come with a side order of chemicals. Wild caught always!