Why does your shower curtain stink? 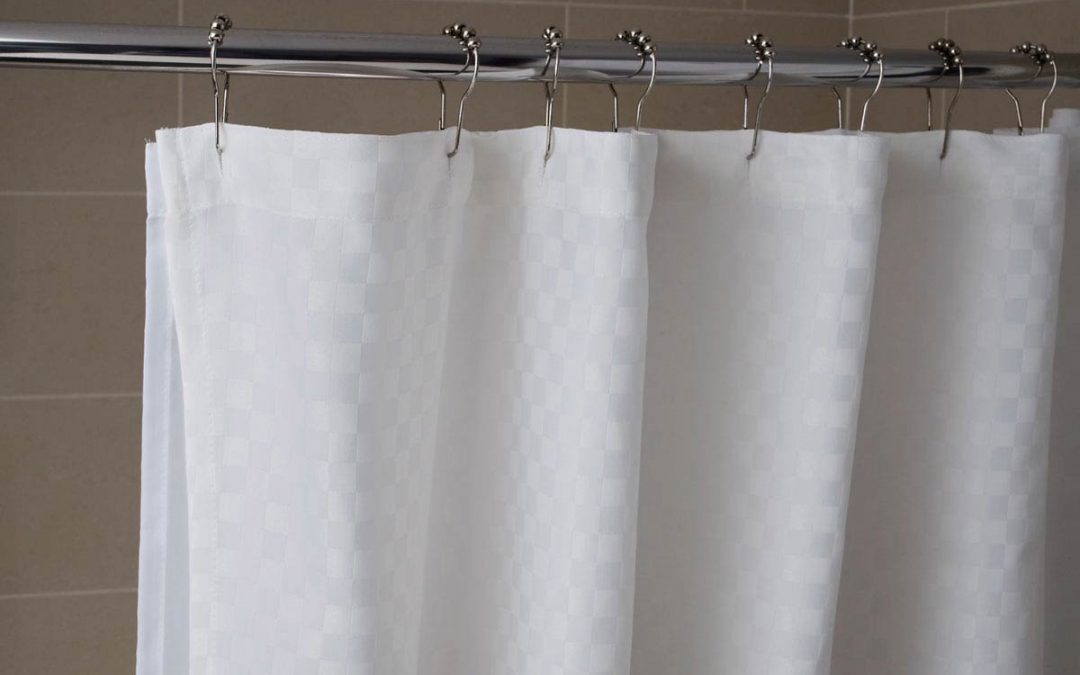 Close your eyes. Transport yourself to the bath section of your local Bed Bath & Beyond, Target, or other big box store. Imagine yourself in plastic land, surrounded by  dozens of new plastic shower curtains. I don’t know too many people who aren’t familiar with that “shower curtain smell”, and I know less people that enjoy it.

It’s sharp, strong, and gives me a headache. And it’s categorically, no way around it, super bad for you. That’s right “Bad For You” – just like Big Mac’s, partially hydrogenated oils, and deep fried Mars bars.

Shower curtains are made with PVC, or polyvinylchloride. On it’s own PVC is hard and brittle, not very good qualities in a shower curtain, so manufacturers use a plasticizer called Di(2-ethylhexyl) Phthalate or DEHP to make it soft and flexible. This same chemical is found in lots of other places around your home (think: in any plastic that’s soft and bendy – rubber ducks, garden hoses, imitation leather purses, tableclothes, etc., as well as personal care products like nail polish and perfumes).

If that oh-so-familiar shower curtain smell inspires your “this cannot be good for me!” vibes, you’re spot in. DEHP acts as a synthetic estrogen in the body, where it’s able to impact our hormones in really detrimental ways. While very few studies have look at the role DEHP and other phthalates play in human disease, they’ve been widely studied in animals, and the results aren’t good. Phthalate exposure has been found to be linked to or associated with multiple developmental and reproductive health issues like:

Because phthalates are synthetic estrogens, in our bodies, they’re able to mimic or block naturally occurring hormones, which can result in everything from metabolic disorders like diabetes and insulin resistance, to thyroid disorders and infertility. In animal studies phthalates have been shown to increase liver weight, compromise liver function, and have adverse effects on the heart, kidneys, lungs, and blood.

Metabolites, or break down products of DEHP have been found in nearly all people tested, indicating that it’s ubiquitous in the environment. A big reason for this is because phthalates like DEHP and others are found in so many products in our homes – and we’re breathing them in, eating them in our foods, and absorbing them through our skin.

When choosing plastics that you bring into your home, be mindful – if it’s plastic and it’s bendy and flexible, it’s very likely made with PVC. Sometimes you can’t avoid plastics, but when it comes to things like shower curtains it’s easy! You may be scratching your head wondering what the heck you should be using if not plastic…. check out my post “Lara Recommends- Shower Curtains” for the easiest solution!